The city of Ganja, which embodied the spirit of the great Sheikh Nizami and the hero Javad Khan, has historically been a beacon of light on the path to freedom and national independence. Ganja city as a cultural centre where the history of Azerbaijan was formed, our statehood traditions found formation gained fame with its rich and glorious historical past. In Ganja, the Azerbaijani ideology has always stood on its peak point. The Democratic Republic of Azerbaijan was established in this city in 1918. Ganja was the first capital of our first independent state in the 20th century. This cherishes the place of Ganja in the history of our national statehood. The Provisional Government, which came to power in Russia after the overthrow of the Romanov dictatorship in February 1917, established a Special Committee for the Administration of the South Caucasus. However, the Provisional Government could not stay in power for a long time. After the smasher of October 1917, in 1918 14 of February in Tbilisi the supreme authority Transcaucasian Democratic Federative Republic in other word Transcaucasian Parliament was established. However, being sharp conflicts of national interest in both internal and external policy did not allow The Transcaucasian Democratic Federative Republic and the government of the United Transcaucasian Republic to take concrete steps. As a result, on May 25, 1918, the Georgian delegation left the The Transcaucasian Democratic Federative Republic and the next day, May 26, Georgia's independence was declared.

Major political centers around the world were informed by radio and telegraph about Azerbaijan's declaration of independence on May 30. Declaring its independence to the whole world as the first democratic and legal state in the Muslim East, Azerbaijan has set a goal to be recognized in the international arena from the first day.

On June 16, 1918, the National Council and the government moved their center of activity to Ganja. Taking into account the real situation in the country, the National Council of Azerbaijan made two important decisions in Ganja on June 17: suspended its activities; it delegated all power (both legislative and executive) to a new, second Provisional Government, chaired by F. Khoyski, before the Constituent Assembly was convened. The national government was located in the administrative building of the present Azerbaijan State Agricultural University in Ganja. An official statement was sent to the world's major political centers on the location of the provisional capital of the Republic of Azerbaijan in Ganja. However, there various reactionary forces tried to disrupt the work of the Azerbaijani National Council and the Provisional Government. On June 17 it was decided to dissolve the National Council and transfer all legislative power to the government. The decision stated that the government should protect the independence of Azerbaijan by all means, must have full authority in resolving the remaining issues, provided that political freedoms, land and other important laws are not repealed. The interim government must hold elections to the Constituent Assembly no later than six months and hand over power to it. After some changes in the composition of the Council of Ministers, a new cabinet was formed. As the struggle between different forces intensified taking into account the tense situation in Azerbaijan on June 19, martial law was declared in the country. Practical work began to prevent the attack on Ganja prepared by the Council of People's Commissars of the Baku province and then the creation of national troops to liberate Baku with the help of the Caucasus Islamic Army. The government took serious steps in this direction without wasting time. The formation of state structures is connected with the name of Ganja. The Ganja period of the republic is rich in a number of important events.

It was in Ganja, for the first time, that our national flag began to wave over our heads. It was in Ganja that the Azerbaijani language was declared the state language.

It was in Ganja that the decision on the citizenship of the ADR came into force. It was in Ganja that the "Azerbaijan" newspaper was published under the leadership of the great Uzeyir Bey. The great name of Ganja was restored. Karyagin district was named Jabrayil, Zagatala was united with Azerbaijan eternally. It was in Ganja that practical steps were taken to create the socio-economic and financial base of the state, security in the border areas, the organization of customs posts, the regulation of banking operations and other areas. Important work has been done in foreign policy. An Extraordinary Commission of Inquiry has been set up to investigate the crimes committed by the Dashnaks against the Azerbaijani people.The commission prepared 36 volumes and 3,500 pages of research materials in a short period of time, including more than 100 photographs and did concrete work to convey it to the world community. At the Paris Peace Conference to be held in September, commissions were sent to the world's major powers to carry out the necessary work to support independent Azerbaijan. Most importantly, the first steps were taken in Ganja to organize our National Army. Real work has been done to protect the statehood of Azerbaijan and ensure the territorial integrity of our country. : military ministry, military factory was created. A decision was made on military service. Officer courses were organized. On June 26, 1918, the "Separate Azerbaijani Corps" was established on the basis of the Muslim Corps, the first regular military force of the Azerbaijani state. The attack of the Baku Soviet on Ganja was prevented by the united Azerbaijani-Turkish troops. For exactly 3 months, from June 16 to September 15, 1918, the Azerbaijan Democratic Republic functioned in Ganja.

During 3 months of Ganja period, more than 200 different decisions important for statehood were made. Among them:
1.On June 17, 1918 - The National Council was dissolved and the second government was formed.
2. On June 19, 1918 - a state of war was declared in Azerbaijan to prevent the ongoing genocide and provocations against the Turkish-Muslim population.
3. On June 21, 1918, the official state flag of the ADR, consisting of a moon and an octagonal star on a red background, was adopted.
4. In June 1918 -The National Anthem authored by A.Javad and Ü. Hajibeyov was adopted.
5. On June 26, 1918 - The Muslim Corps in Ganja was renamed the "Separate Azerbaijani Corps" and the establishment of the Azerbaijani National Army began. Military schools were organized to train national military personnel.
6.On June 27, 1918 - the Azerbaijani language was declared the state language. Schools were nationalized, new schools and 2-month teacher training courses were opened to train pedagogical staff.
7. In June 1918, the state newspaper "Azerbaijan" began to be published under the editorship of U. Hajibeyov, the state press with the name "News of the Government of Azerbaijan" was published.
8. On June 28, 1918 - Zagatala district was united into the Azerbaijan Democratic Republic.
9. On July 1, 1918 - A decision was made to establish a railway.
10. On July 5, 1918, a military court was established under the Ganja District Court.
11. On July 15, 1918 one of the most important decisions of the National Government was about the establishment of the Extraordinary Commission of Inquiry to investigate the crimes committed by the Armenian-Bolshevik forces against the Azerbaijani people.
12. On August 10, 1918, the postal and telegraph system was established.
13. On August 23, 1918, a decision was made on the citizenship of the ADR.
14. On August 28, 1918 - it was decided to teach Azerbaijani language in primary schools of Azerbaijan.
15. On August 30, 1918 - According to the decision of the government of Azerbaijan, the historical names of Yelizavetpol and Karyagin were restored and renamed Ganja and Jabrayil. Agdash settlement received the status of a city.
16. On September 1, 1918 - The Ministry of Militaty affairs was established.
These decisions, listed and unlisted above, are very important for statehood and have a special place in our history.In general, the Ganja period of the Azerbaijan Democratic Republic is a glorious historical period in which the foundations of the history of our statehood were laid in the twentieth century. 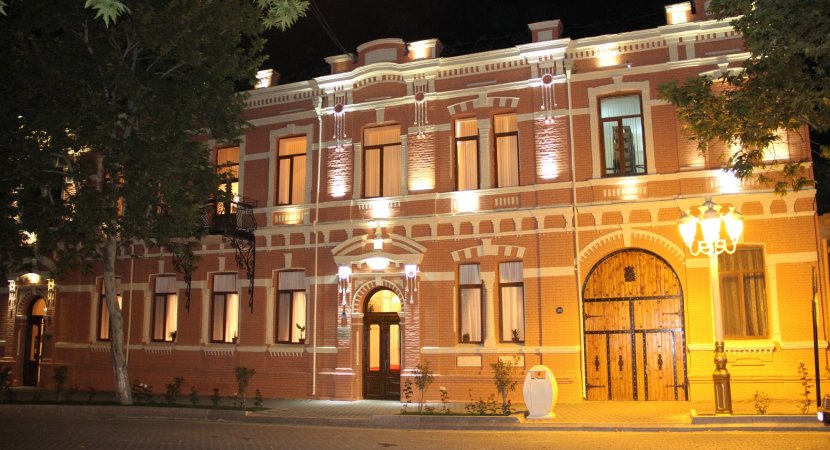 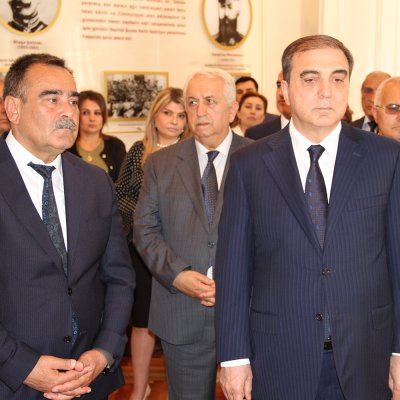 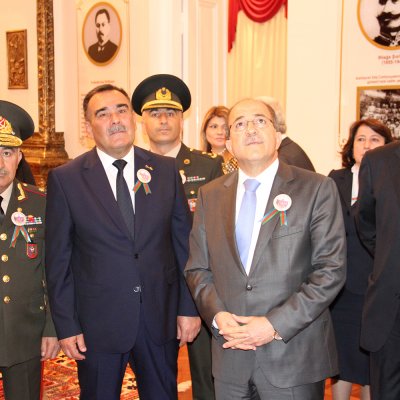